The "charging bull" in New York has become over the years an icon of the city and a must-see for tourists visiting the city.

Also known as the Wall Street Bull, it was a gift from its sculptor, Arturo Di Modica, to New York City in 1989, and represents the perseverance of its people after the 1987 market crash.

On Wednesday morning, at the start of the world's largest Bitcoin conference, the city's mayor, Francis Suarez, unveiled their own "attacking bull" sculpture as a symbol of Miami's intent to be ahead of the curve on innovation in digital assets.

For now the bull is shown at the Bitcoin conference venue, but his final destination will be on the Miami Dade College campus.

Despite being purely cosmetic, the new monument represents a change that is taking place around the world, the digital money revolution that bitcoin started almost 13 years ago.

Although it is still difficult to imagine, the possibility of having digital money without geographical boundaries will promote competition between cities and countries to attract their inhabitants.

The Miami Bull is a symbolic and powerful addition to our city’s landscape. Its presence further reaffirms the strength of Miami's position on the financial world stage. The future of finance is here, in Miami.

Will New York lose its status as the financial capital of the world? It's too early to tell, but Miami, being a crypto-friendly city, is hitting the board and leading the charge into a digital future. 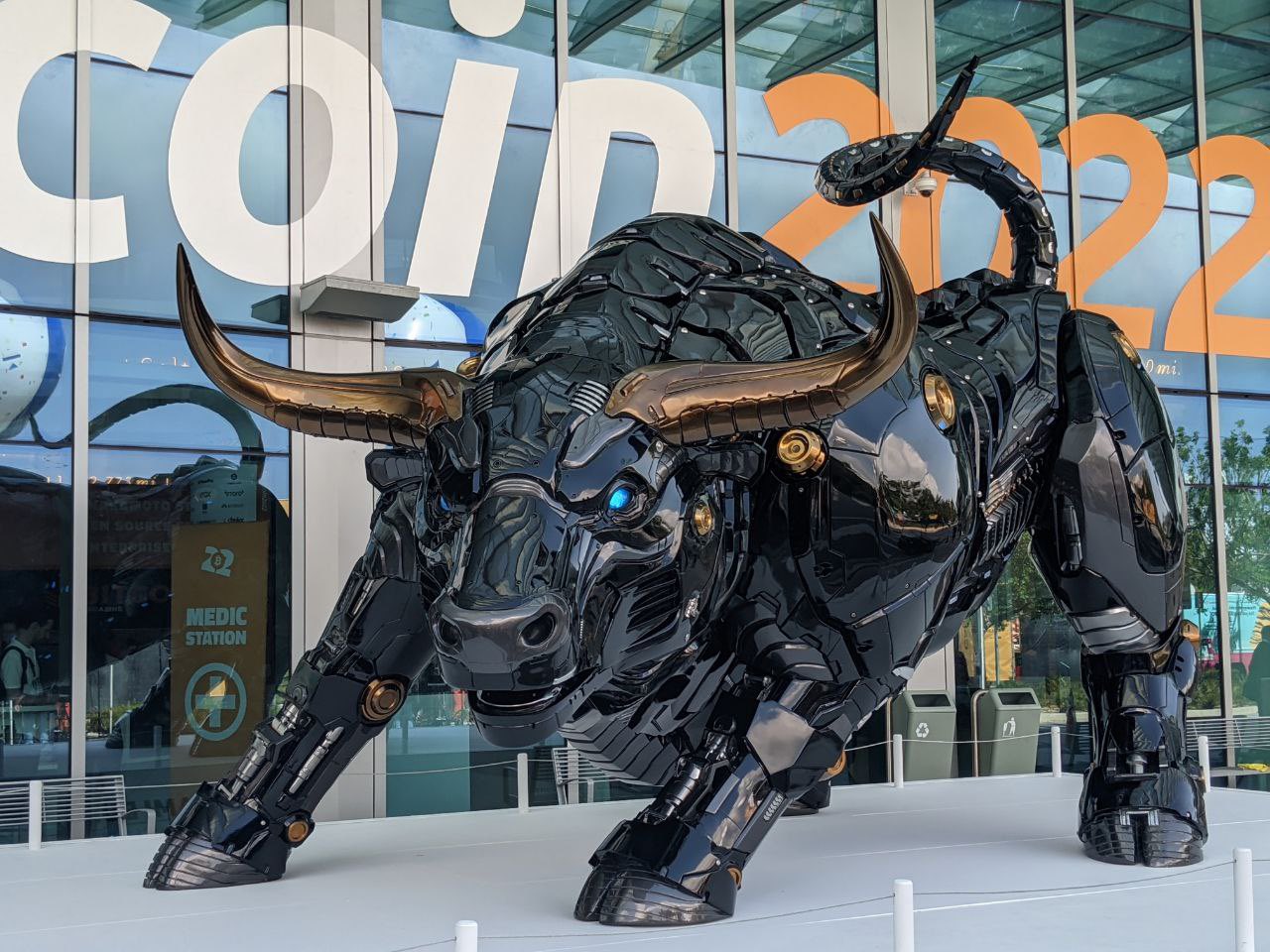